Go to top
Go to top

Tajuddin Baba was born in 1268 A.H. This date of birth was confirmed by Baba himself. Baba belongs to the family of Hazrat Imam Hassan and Hazrat Imam Hussain. Baba’s forefathers migrated from Mecca and settled down in Madras, India and were mostly employed with the military. Baba was born in Madras and later Baba moved to Kamthi. Baba’s father died when Baba’s mother was pregnant. His father’s name was Hazrat Syedna Moulana Badruddin. Baba lost his mother Makhdooma Mohtarma Syeda Amma Maryam Bibi Saheba when he was a baby. His maternal grandfather Hazrat Shaikh Meeran Major took care of Baba after the death of his mother.

Baba Tajuddin as an orphaned child at young age raised by his maternal grandmother and uncle Abdul Rahman. He attended a Madrasah in Kamthi, Nagpur, where he met Hazrat Abdulla Shah Qadri who initiated him into the spiritual path.

Hazrat Moulana Syed Abdullah Shah Sahib who was a Majzoob Salik saint from Qadri Sufi order commented (about Baba) to his teacher that “There is no need of teaching this boy, he is already a learned person”. He also gave young Tajuddin Baba some dried fruits and nuts as his blessings for Baba, which is said to put the young boy into an ongoing spiritual trance like state. Baba completed his education and studied Urdu, English, Arabic and Persian. 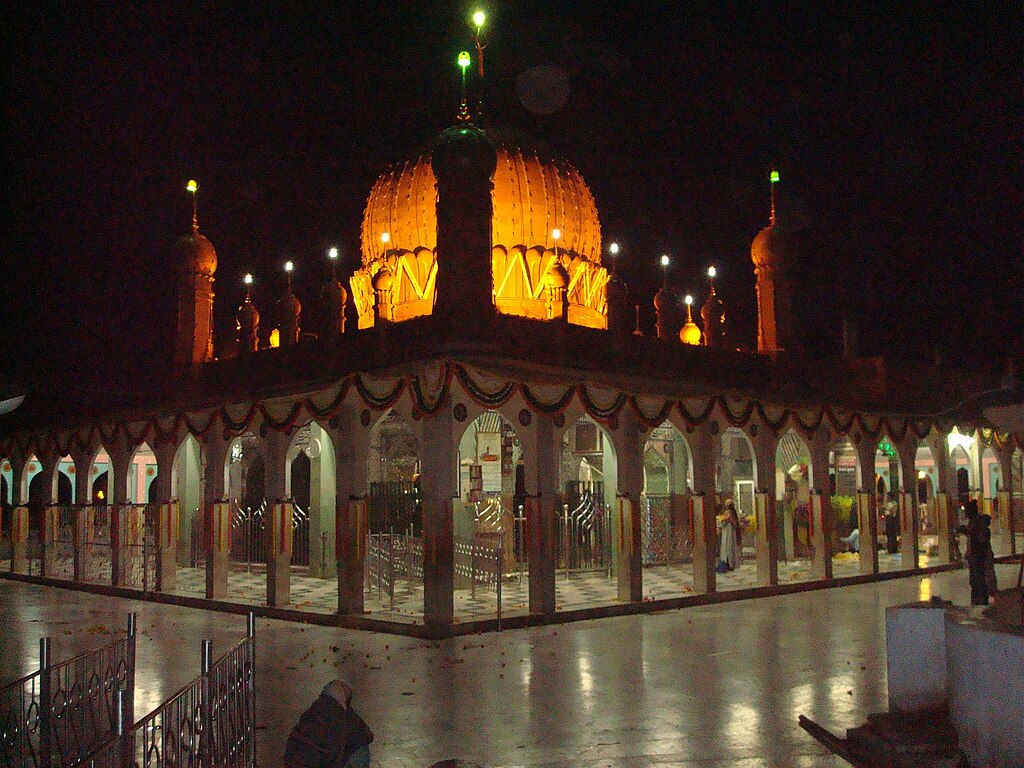